We are happy to announce the release of CT Football Manager version 0.6.0.

The focus for this version has been on one thing only and that is optimizations for recruiting.

We have implemented scouting reports, a new view for recruits and a lot of changes for the backend logic for recruiting. 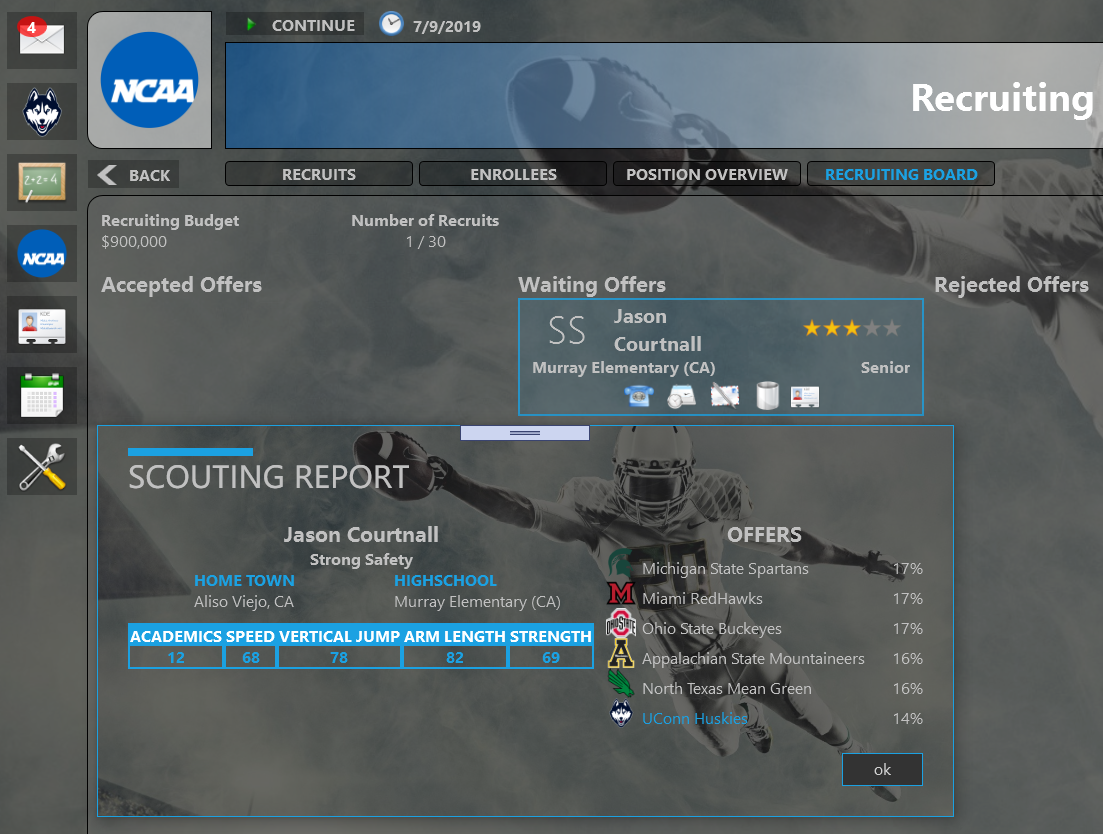 Scouting Report  - As you might notice on the screen then we have also made a change to the GUI, so the menu is on the left instead of above

For the backend logic some of the things we have changed are:

As usually there might still need some tweaking, but please report it to us so we can get it fixed