Since our summer vacation is over we are now ready with the release of version 0.7.3.

In this version we have made some improvements for the prestige mode, so it is now possible to select which divisions to play it and to be able to get contract offers from teams in a higher division.

We have also changed so some teams will require a specific GPA in order to be recruited to the team. This is teams like the ones in the real life Ivy League.

With the help from our modder we have added some historic content. The history is for the different bowl games and rivalries. Our modder has "only" taken data from 2015 and above.

When playing in the FCS (in the mod pack) players were drafted as it was FBS, so this has been updated be reflect how it is in the real draft. 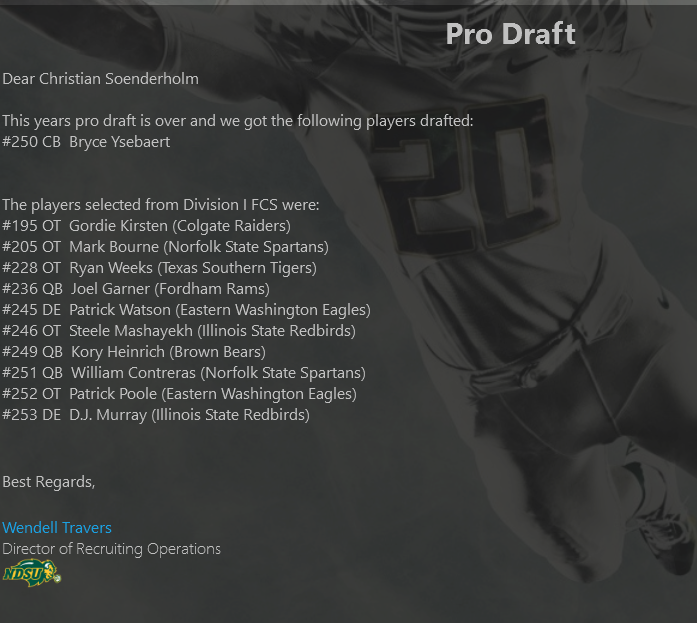 On the bug side, we have fixed a crash which happened sometimes when playing minor teams.

Lastly we have decided not to implement any of the changes to how the college season will be played due to Covid-19, so in the game the upcoming season will be a season like any other season.