We are now ready with the release of CT Football Manager version 0.74. In this version we have focused on optimizing the scheduling.

This means that we have implemented and updated the following:

On the division player statisctics page we have updated so it is now showing top 20 in each category and also added QB rating and number of catches as statistics.

Finally we have implemented a number of logos for rivalries. 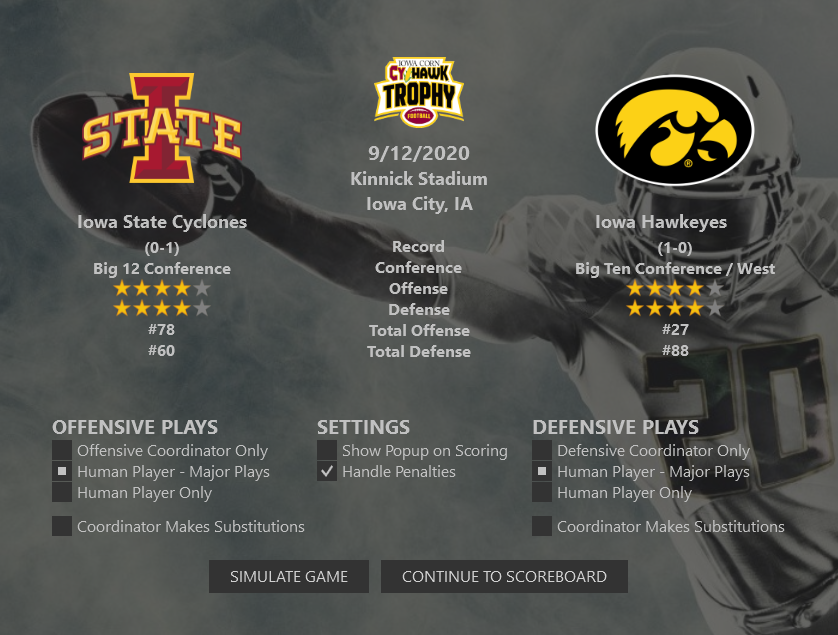 We hope to be able to look at tactics for the next release but at the moment we will have to focus on loading and saving. This is a huge task and we are not sure how to fix the issues.