We are now ready with the release of version 0.8.3. We hadn't planned to do the release this early, but we found an issue in the previous release, which caused the game to crash on Continue.

Besides the fix of that issue we have also implemented a CPU Assistance where it is possible to let the CPU do some of the tasks for you. Of course you will still be able to do the recruiting and schedules tasks yourself. 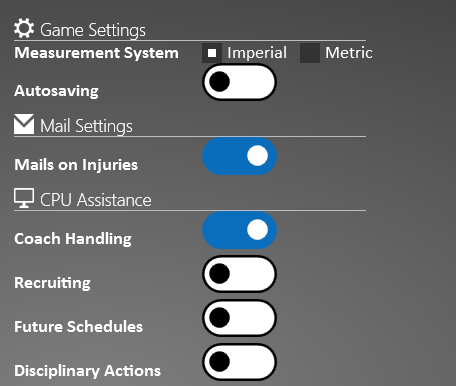 For rankings we have changed so now each outcome of a played games gives a certain amount of points.