It has only been around 10 days since the latest release, but we are already ready with the release of version 0.8.7. In this version we have focused on a lot of smaller tasks and optimizations.

One of the things we have added is position coaches, so you will now have a number of coaches for specific areas.

The different position coaches are used when the players are doing practice.

It is possible to set seconday roles for a coach, so the defensive coordinator will also handle the role as defensive end coach.

We have also implemented so you can promote a coach so a coach can be changed from one role to another. 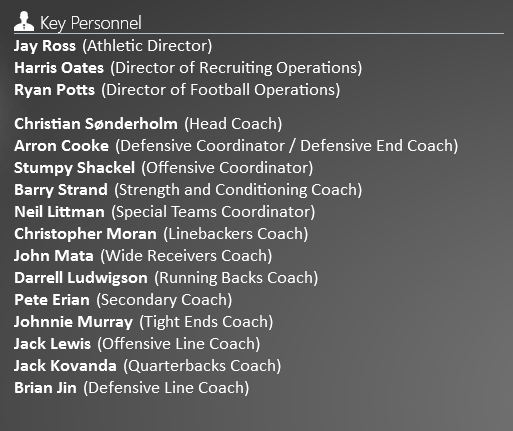 The only issue we haven't been able to fix, is an issue where the game isn't saved correct, so it can't be loaded. It has been reported by a few users, but we can't recreate so we can't fix it.

Can you add a setting where you can turn off being fired? That would be a good idea.

That is actually a good idea, and we will try to implement it