We are now ready with the release of version 0.8.11. We haven't been able to use much time for development in the past month, but we have still been able to do an implementation of minor teams getting game offers from major teams and recruits making verbal commitments.

In the previous versions it was possibility to make a game request for minor teams when playing with a major team.

In this version we have extended it, so it is now also possible to get a game request from a major team when playing with a minor team.

In order to get this feature you need to download the latest mod pack mentioned later in this update. 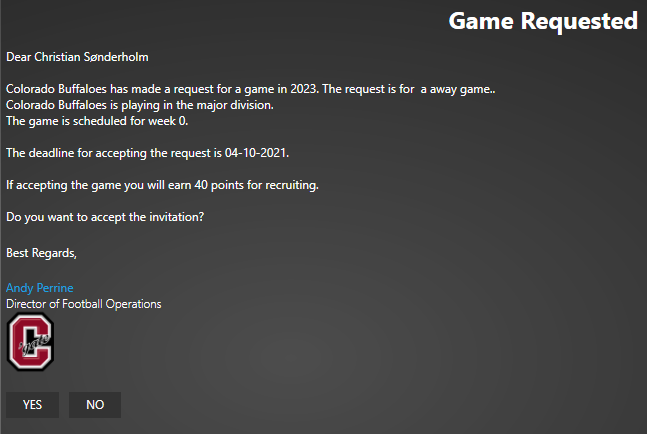 We have implemented so it is now possible to make a verbal offer to high school freshmen and sophomores. Sometimes the recruit from verbally accept the offer, but it is still possible for both the recruit and the team to cancel the offer/commitment.

Thanks to the people who have helped with testing and giving inputs for changes and new features.