We are happy to announce the release of version 0.9.1. This release contains a number of bug fixes, some further tactics options and the possibility of realignment of teams.

This also means that our modder has added the realignments announced for the next years in both FCS and FBS. 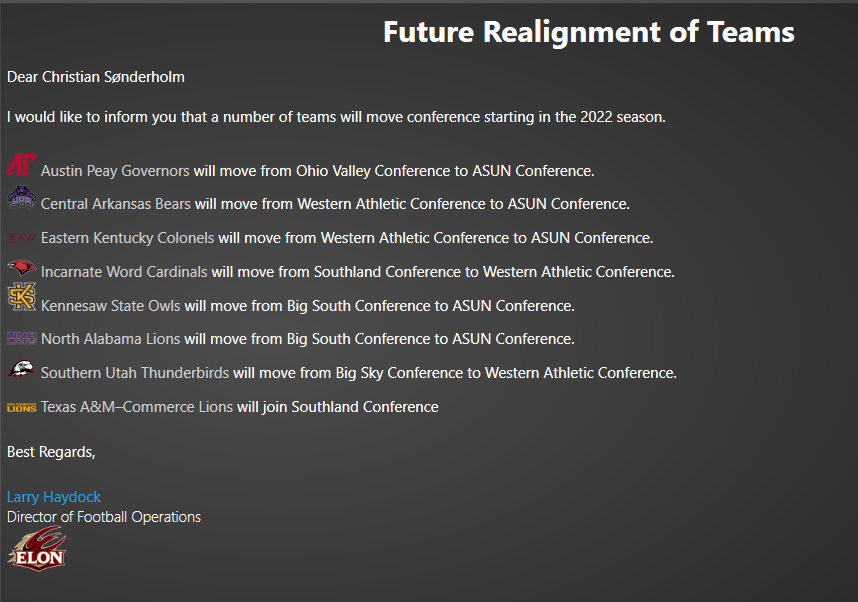 The mod pack for the real teams can be downloaded here. It contains a number of added players, changes to NCAA American Athletic Conference Football, ASUN in FCS from 2023, Black College Hall of Fame Game and the realignment of teams.

Thanks to the people who have helped with testing and giving inputs for changes and new features.