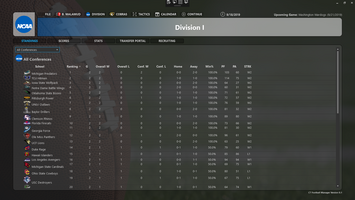 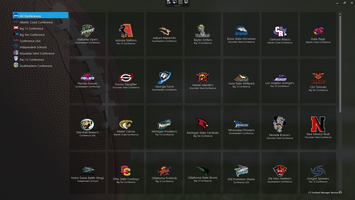 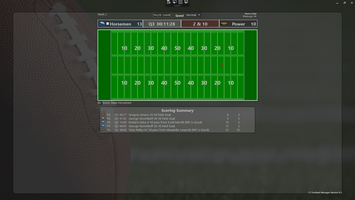 This is our first post on itch.io, so we hope you like the idea we have for a game. Basically we want to create a College Football Manager simulation game where you will be handed the control of a college football team. Your goal is to win as many bowls and conference championships as possible. The game is inspired by the original Football Manager (Soccer) games.

You will be able to handle both the depth chart and tactics for your selected team. Each year you should also recruit new high schoolers to play for your team while you try to handle the maximum amount of scholarships you are able to hand out.

The game is still on the idea stage but we have already implemented some parts of the game, so please let us know if you think a game like this is a good idea :-) We have attached a few of the already created screens, but those will of course be changed over time

We are planning on releasing a very early first version (0.01) in the near future to showcase the idea of the game