As written in last update we have decided to focus on optimization of scheduling.

So if a team in conference A is in a conference with two divisions, where each division has 6 teams and it has 2 cross  division games per year it means that:

Since some teams also have a list of other teams they play each year, and which aren't in the same conference, we have also made it possible to control that. These games are mainly rivalries, so we have also added a number of those. For the teams which are independent we will also set up a number of fixed games.

The last feature in this area we have currently implemented is the possibility of requesting games with other teams. 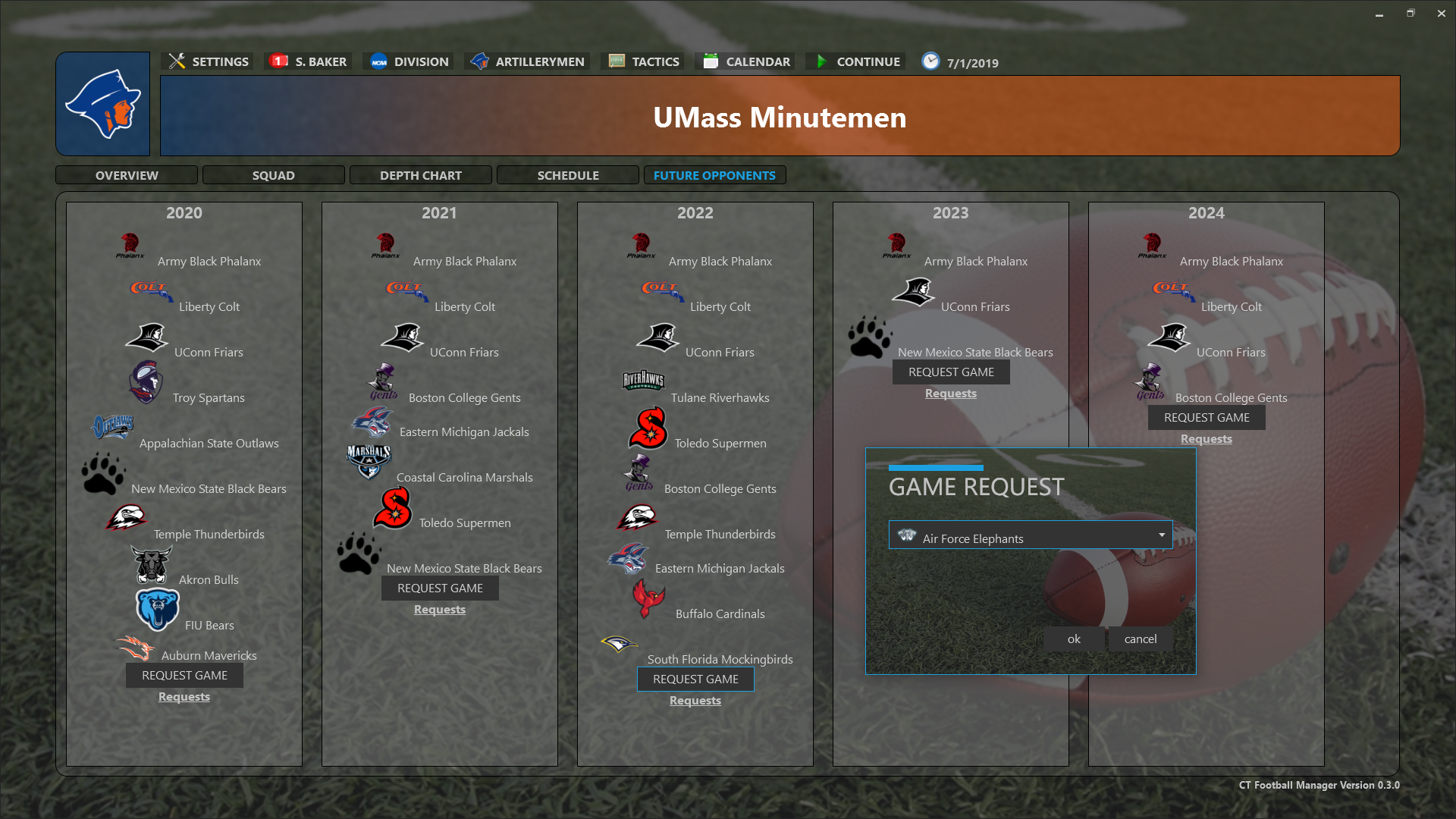 The AI will also ask other teams for games which means that we now have emails which the user needs to take action on.

A couple things we still need to figure out how to implement are the spreading of the games over the available weeks and the amount of played home/away games, but those will hopefully be solved next week

Because of all the work with the scheduling we have noticed that in real life a lot of FBS are playing a number of FCS teams each year, we have decided to look into implementing some non-playable "other" teams. This will also make it easier when we are doing the scheduling since we will then be able to use one of those if a team are missing an opponent.

Lastly we are both on vacation until the mid of July but we will continue working on the game.