It is now time for this weeks devlog where the focus has been on optimizing recruiting, since it was just implemented very quickly in the beginning with no clear overview on which players the human team have made contact to.

The first thing we have implemented is a view where it is possible to see all recruits  which have been offered, accepted or rejected a scholarship. 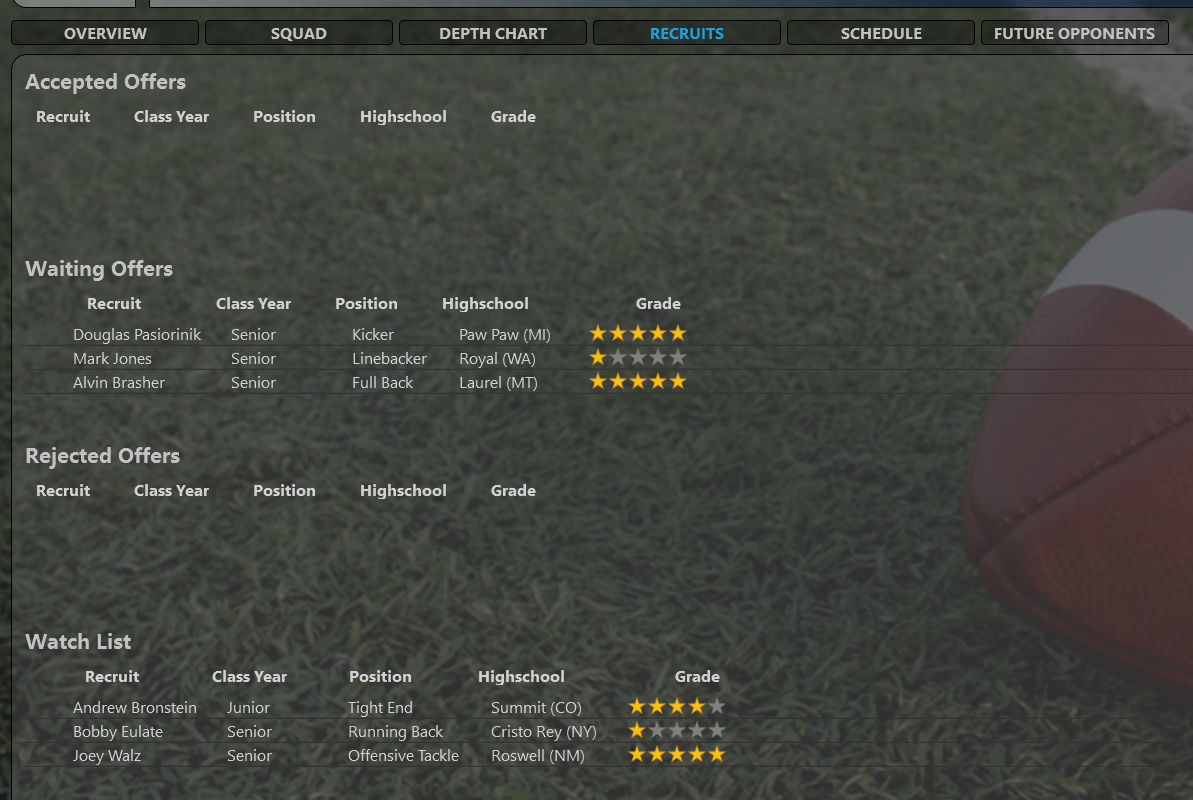 The second thing we have looked into is the possibility to put recruits on a watch list so it is possible to easy find them later on. This is also done since we have added both freshmen and sophomores recruits, which you are not allowed to offer scholarship to until the recruits are at least juniors. The rating for the recruits will also change each new season so a freshman can be a 2-star talent and when he becomes a junior then he is a 3-star talent. 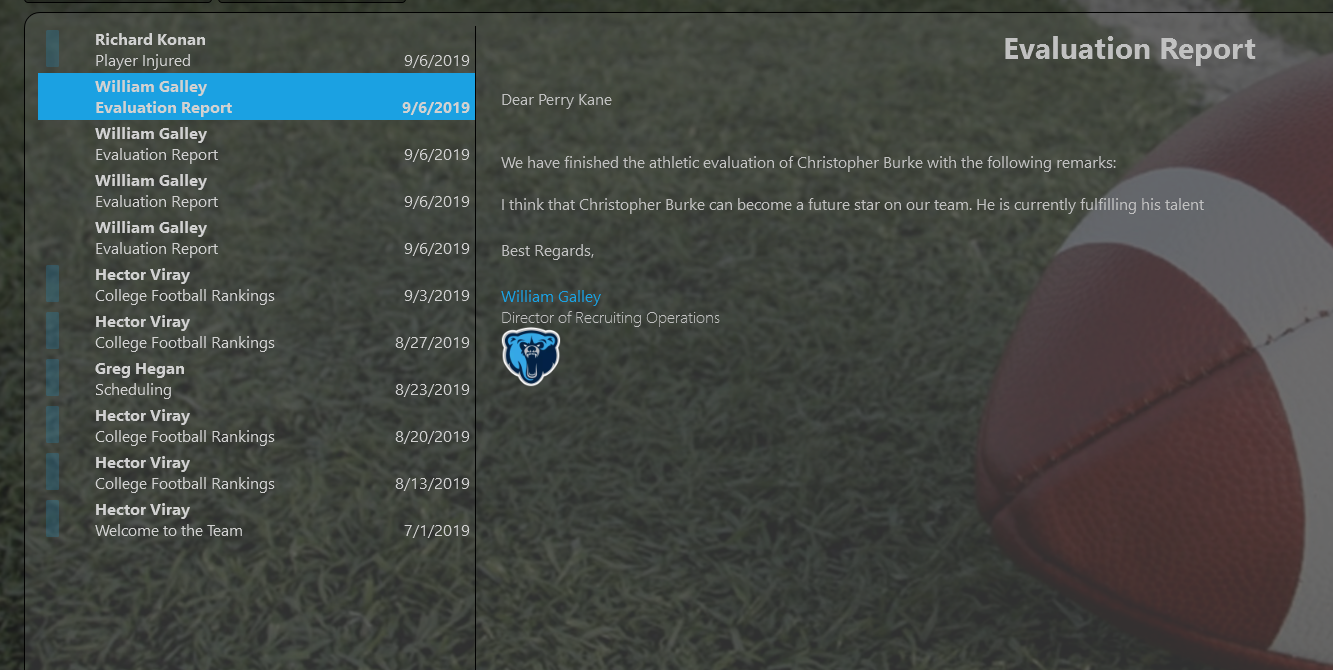 In the code behind we have changed so that the reputation of the coach is also used as a factor for a recruit to decide on which offer to accept.

On the AI side we have changed so the AI teams will send out more offer especially for the recruits with higher ratings.

When we are done with the recruiting tasks we will start at optimizing the gameplay for simulating a game. What exactly we are going do to we aren't sure about yet, but we will for sure change so the user needs to handle parts of the simulation instead of just letting the CPU make all the ingame decisions.