We found an issue when loading a saved which changed the human team to Akron no matter which human team was used when saving the game. This issue has been fixed and will also work with older saved games. 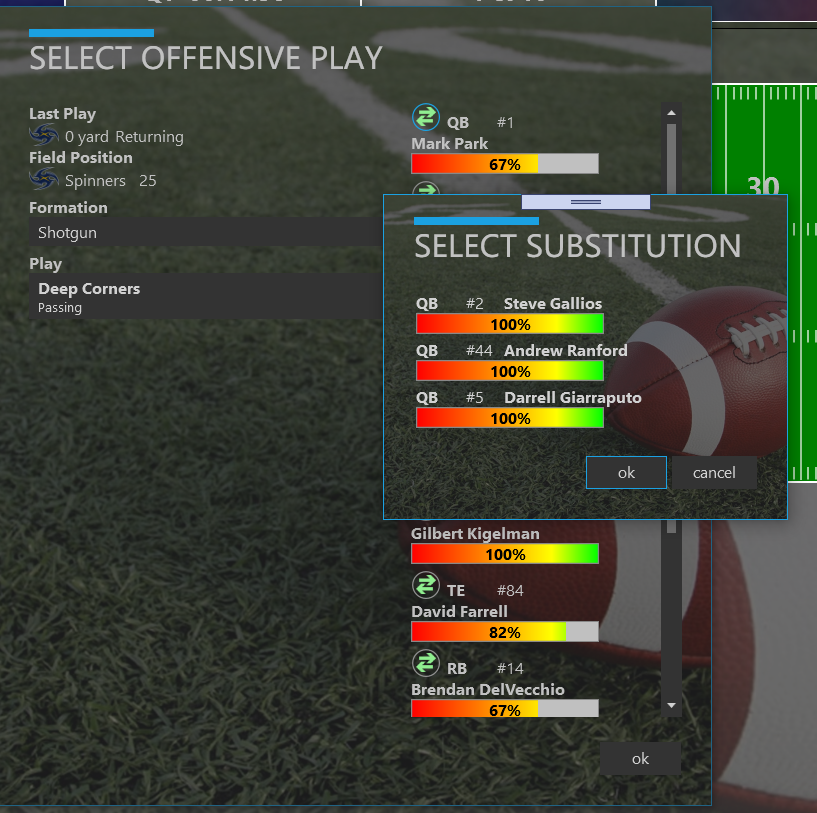 We have made a smaller change to the Continue button. This change makes it possible to either simulate till the next day or till the next game. If selecting the next game the time will just run one day at the time until reaching that day. We hope this function makes sense and is usable or else we would like to get some input on it in the forum: http://forums.gmgames.org/forum/408-ct-football-manager/

When entering the Division pages we noticed some performance issues which we have made some smaller improvements to. In general we would use some time in the next period focusing on improvement of the overall performance.